Home No, Linus Torvalds Is Not Satoshi Nakamoto 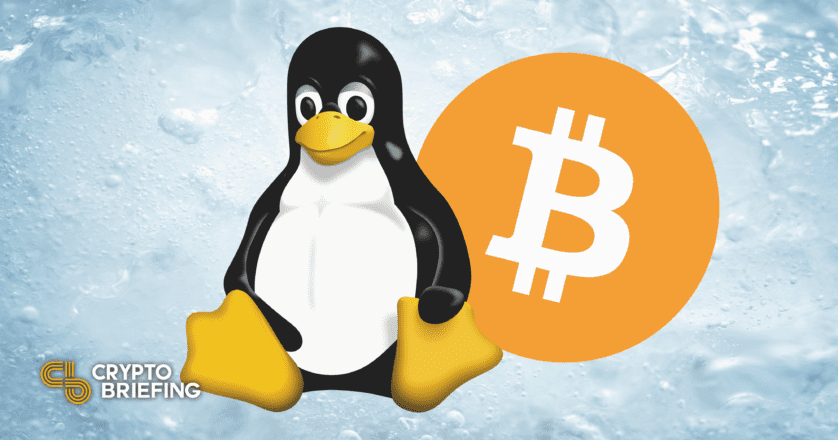 Latest Crypto News Nor, apparently, did he claim to be.

A copy of Linux’s source code emerged today containing the words “I Am Satoshi,” a reference to Bitcoin creator Satoshi Nakamoto. However, the statement seems to be a joke at most and almost certainly did not come from Torvalds himself.

Latest Crypto News Message Appears to Be a Joke

Rumors circulated earlier today that Linux inventor Linus Torvalds may have cryptically implied himself to be the inventor of Bitcoin. These rumors, however, are likely only that.

The words “I Am Satoshi” are included in a copy of the Linux kernel’s makefile under the name field. The file is included in what seems to be Linux creator Linus Torvalds’ GitHub repository.

While at first glance it appears that Torvalds himself posted the phrase as a joke, it is not clear that he actually did so. GitHub’s design means that other users can fork a repository and make changes that appear to belong to the repository’s original owner.

Earlier, someone used a similar tactic to urge users to leave Linux. The forked readme reads: “Hey guys its me linus torvalds, author of the smash hit linux” and goes on to promote Windows XP.

The most recent version of Linux’s makefile in the main repository includes the words “Gobble Gobble” in the name field. This appears to be an actual turkey-themed joke on Torvalds’ part, as the file was updated around Thanksgiving last year.

Torvalds has famously taken a hands-off approach to the copy of the Linux kernel hosted on GitHub, as the main copy is hosted on kernel.org.

Though it is extremely unlikely that Torvalds is actually the true identity behind Bitcoin creator Satoshi Nakamoto, the two figures have drawn comparison due to the fact that they both created highly recognizable pieces of open-source software.

Furthermore, some have noted similarities between Bitcoin and Torvalds’ version control system Git. Though Git is not a true blockchain, it is a ledger that uses cryptographic hashing and can be considered a distant relative of blockchain.

Torvalds is not known to have ever publicly commented on Bitcoin. In 2014, it was found that several developers including Torvalds did not collect Bitcoin tips sent to them via the service Tip4Commit, suggesting the Linux founder is not interested in cryptocurrency.

One of Torvalds’ contemporaries, GNU founder Richard Stallman, publicly criticized Bitcoin in 2020. He critiqued the coin’s privacy and stated that he avoids digital payments altogether.

Disclosure: At the time of writing, the author of this piece owned BTC, ETH, and other cryptocurrencies.

Turkey appears increasingly interested in blockchain and the Metaverse specifically, if recent directives from its president are any indication. Turkey in the Metaverse Turkish President Recep Tayyip Erdoğan has ordered…

Ethereum co-founder Vitalik Buterin has published an opinion piece on non-transferable NFTs, arguing that there are some use cases in which token transferability is counterproductive. True Non-Fungibility Vitalik Buterin thinks…

How to Profit From Market Volatility Using Linear and Inverse Contract…

Perpetual contracts are agreements between buyers and sellers with no specific expiry date, unlike other types of similar contracts such as options or futures. It is for the buyer and…