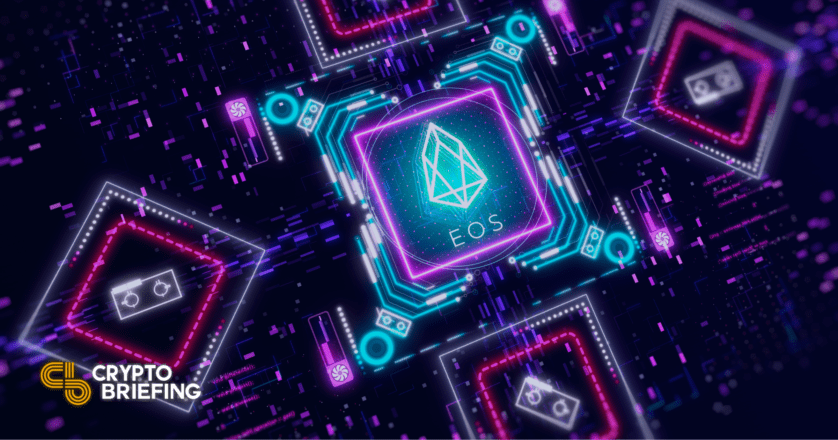 EOS is looking to rebuild its reputation.

The EOS Foundation CEO Yves La Rose spoke to the EOS community in a virtual event Wednesday, addressing the project’s poor performance since its ICO in 2017. “EOS, as it stands, is a failure,” said Rose, who blamed the lack of success on the blockchain’s initial coin offering (ICO) backer, Block.one.

Virginia-based software company Block.one helped EOS launch in 2017, raising over $4 billion through public sales of the EOS token, a record for an ICO at the time. However, according to Rose, the success of the ICO was driven by Block.one overpromising on future commitments.

“Block.one knowingly misrepresented their capabilities, and this amounts to negligence and fraud,” he said, going on to state that a conflict of interest between Block.one shareholders and EOS token holders was also weighing EOS down.

Through Rose’s leadership, the EOS Foundation is looking to distance EOS from Block.one and to implement a new roadmap to help rebuild the blockchain’s reputation.

The EOS Foundation has formed four working groups to address key areas for improvement. While the names for these groups are not yet finalized, Rose revealed that they would work on audits, a wallet, documentation, and API for the EOS blockchain. Additionally, the EOS Foundation will continue allocating funds to teams building out the EOS ecosystem, having deployed over $7 million back into EOS since its creation.

“EOS now has what is required to effectively market itself internally and more importantly externally by leveraging the EOS Network Foundation as a central point of communication. We are working with global marketing and branding firms that will help guide us and position EOS towards a better and brighter future.”

Since the EOS ICO in late 2017, its token has struggled compared to other similar assets. Bearish events, such as the resignation of Block.one CEO Dan Larimer, have cast additional downward pressure on the price.

The EOS Foundation’s initiative to distance EOS from Block.one could cause problems going forward. In May, Block.one announced plans for a new crypto exchange on EOS, called Bullish, backed by prominent investors Peter Thiel, Alan Howard, and Mike Novogratz. How the EOS Foundation will navigate this issue in accordance with its new vision remains to be seen.

Disclosure: At the time of writing this feature, the author owned BTC, ETH, and several other cryptocurrencies.

Dan Larimer announced his resignation as chief technology officer (CTO) of the crypto company, Block.one. The company is responsible for building an alleged “Ethereum killer” and earned over $4 billion…

Bullish plans to go public through a SPAC merger, its parent company Block.one confirmed today. Bullish To Be Publicly Listed Peter Theil-backed crypto exchange Bullish plans to be listed on…